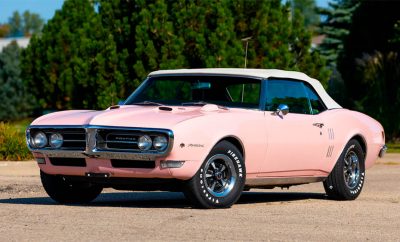 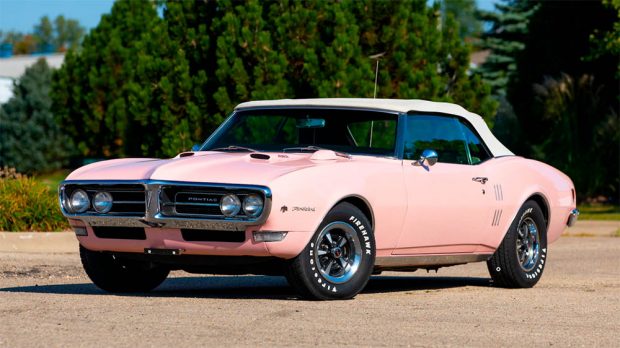 Heading to auction at the beginning of January via Mecum, is this special order, Pink Mist 1968 Pontiac Firebird convertible. The color combo was only available for a few months in the spring of 1968 as a promotional vehicle, pardon the pun.

Before any of the alpha males out there immediately turn their noses up at the color pink, we are in the 2020s man, it’s cool to like the color pink. Plus, you will always be the center of attention at any car show; isn’t that the aim?

This particular Pontiac Firebird comes with a 4-barrel carb 400cu./330 HP V8, and a Turbo Hydra-Matic 3-speed automatic transmission. It is fully optioned with a code 260 parchment knit and Morrokide deluxe interior(mostly original interior), air con., power windows, lots of nice wood grain, and a T-handle shifter. The car has also been treated to a concierge body-on restoration, making it a shining example of its breed. 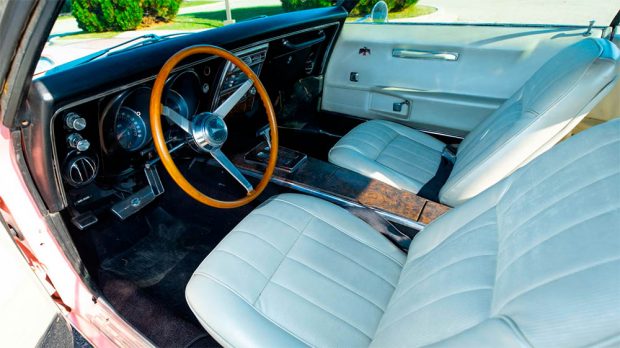 Unfortunately, the listing doesn’t state how many 1968 Firebirds were made in Pink Mist. Even after some general sniffing around online, there doesn’t seem to be any information on exact numbers. Maybe the documentation that comes with the car will clarify these details. Otherwise, if anyone knows how many of these were produced, please scribble down your findings in the comments below. 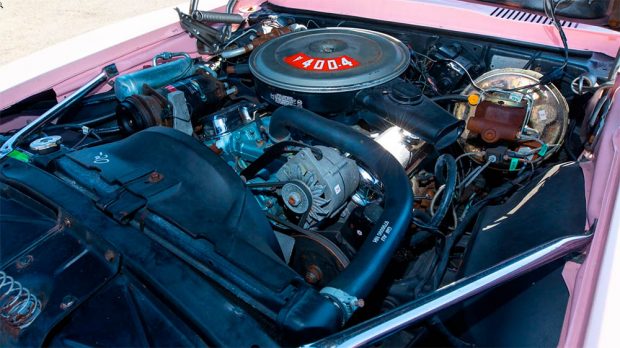 We did find that Nancy Sinatra apparently owned a couple of these back in the late 1960s, but not much more information-wise. We have also documented in the past a few ‘pink’ muscle cars of the period which went to Playboy models. But, production numbers and ultimate value seem to be hard to pin down for this color code.

However, if you want to stand out from the crowd and stray a bit from the norm., there’s no reason why you shouldn’t park this one on your driveway. Plus, it may be the only car you can buy that the wife could agree upon, that’s if she likes the color pink.

Find out more details about the auction here.