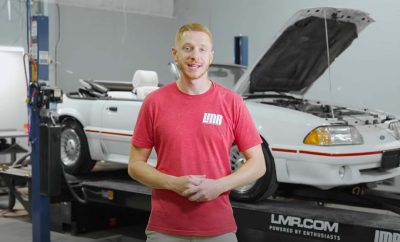 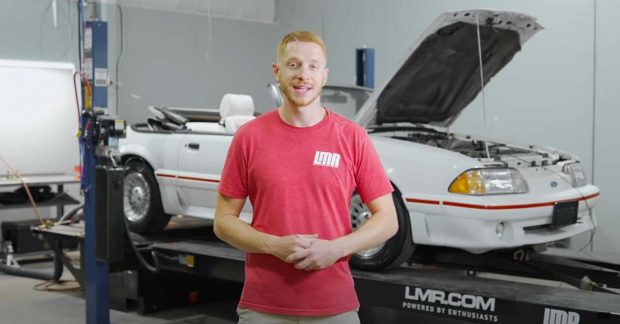 With any vehicle that is more than a few decades old, there’s bound to be a touch of power loss from the engine. Unless you own a vehicle that was tucked away in storage from new, only being started once in a while, a few ponies tend to bolt free from time to time. In this short video, a white 1987 Ford Mustang GT 5.0 convertible is dyno-tested to see how much umph it has lost over the years.

This particular 1987 Mustang GT 5.0 convertible has 78,000 miles on the clock, and a four-speed AOD transmission. Everything on the car is completely stock as it rolled out of the factory.

As you can see from the video, the car is in pretty good shape for its year, originally being able to produce 225 hp and 300-foot pounds of torque when new. While these figures may not be massive by today’s standards, they were quite potent figures for a late eighties Mustang. The Mustang also measures 12° of timing, rather than the original factory 10°. Also, the car is running on 93 octane fuel.

What if I Want One?

If the sight of this 1987 Mustang GT 5.0 convertible has sparked your interest, there are examples available to buy. Traditionally, 1980’s pony or muscle cars aren’t the most sought-after, at least compared to late sixties and early seventies examples. Depending on the condition, mileage, and rare options, prices currently range from just under $5000 for an example needing major restoration, up to $31,000 for a pristine convertible example we found on eBay.

The eBay example we found had only done 18,993 miles and was almost a replica of the car featured in the above video. On the flipside, we found a 1987 Ford Mustang GT on Autotrader for $4,850, which was in need of a full restoration.