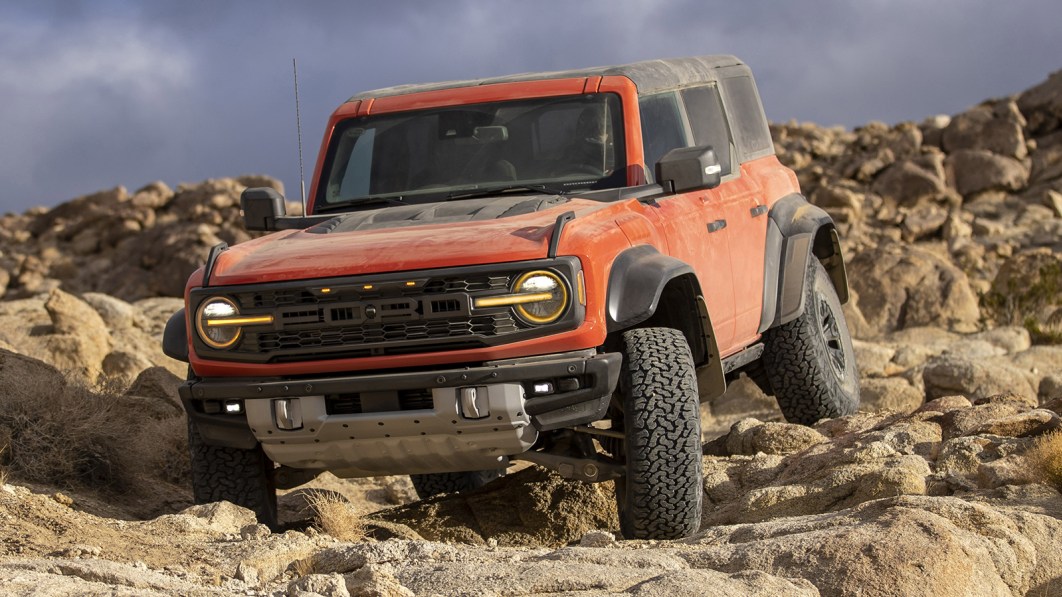 Even though final power and torque numbers aren’t out yet, the 2022 Ford Bronco Raptor does have a base price. A Ford representative provided us with the price tag, and it starts at $69,995 including destination charges. That makes it the most expensive Bronco by far, and it even eclipses the starting price on its bigger F-150 stablemate.

To put it in perspective, every other 2021 Ford Bronco starts under $50,000 with destination charges. And the F-150 Raptor starts at $67,070 with destination. That’s a nearly $3,000 difference, and the F-150 is a bigger, and potentially more powerful vehicle (depending on how far above 400 horsepower the Bronco ends up producing). With that being said, the Bronco should be much more maneuverable on tighter trails, offers a fully removable top and comes standard with 37-inch tires. The latter is only available on the F-150 with a very expensive upgrade package.

On the flip side, the Bronco Raptor is substantially more affordable than its most obvious rival: the Jeep Wrangler Rubicon 392. The Rubicon 392 starts at $76,395, a difference of more than $5,000 compared to the Bronco Raptor. The Jeep is likely more powerful with 470 ponies, but it has 1,000 pounds less towing capacity and smaller tires. The largest you can get on the Rubicon 392 are 35-inch examples, and they’re an option.

And of course, at the ultra-high-end of high-performance retro SUVs is the Land Rover Defender V8. it makes a massive 518 horsepower, but it also starts at more than $100,000. Ditto the Mercedes G-Class.

The Bronco Raptor will be available to order in March. Deliveries will start this summer. Availability will likely be limited, since Ford expects many Bronco reservation holders to opt for the Raptor.

Correction: A previous version of this story incorrectly stated the difference in price between Bronco Raptor and Wrangler Rubicon 392, we have changed it to be accurate.