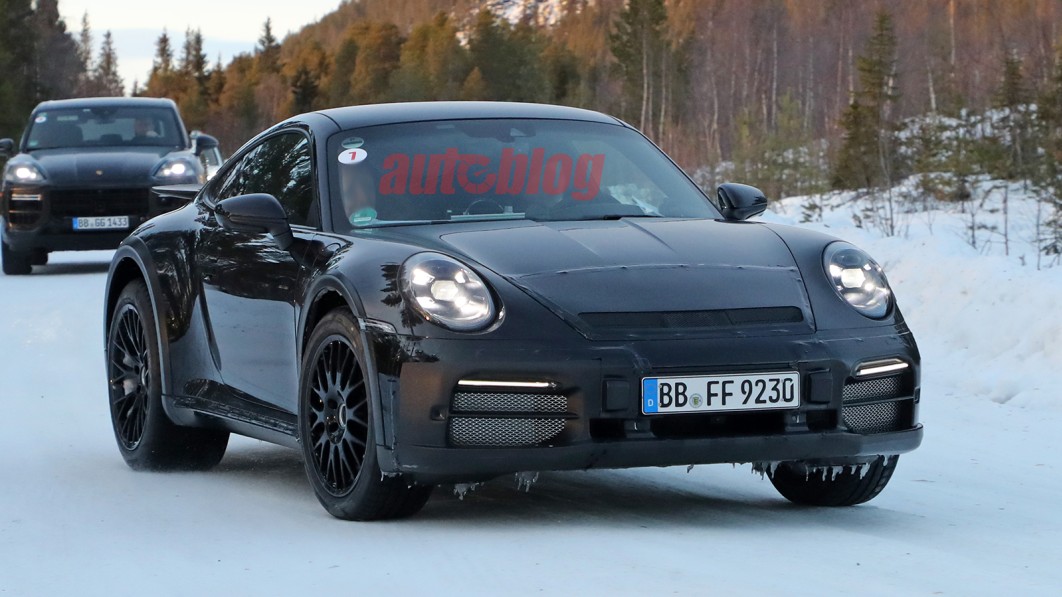 A prototype Porsche 911 Safari looking mighty close to production-ready has been spied undergoing winter testing. Porsche’s high-riding, thick-sidewalled, all-wheel-drive 911 prototype has been testing for what feels like an eternity at this point, but judging from what we see here, that wait is just about over.

Strictly speaking, not much has changed since we first shared photos of a lifted 911 testing more than a year ago. The latest prototype retains the earlier tester’s bumper-exit exhaust (not the quad-tip, under-bumper setup of the 911 Vision Safari Concept Porsche showed last year) and the vaguely whale-tail-like rear spoiler, so the fundamentals were clearly in place long before the sheetmetal was finalized. 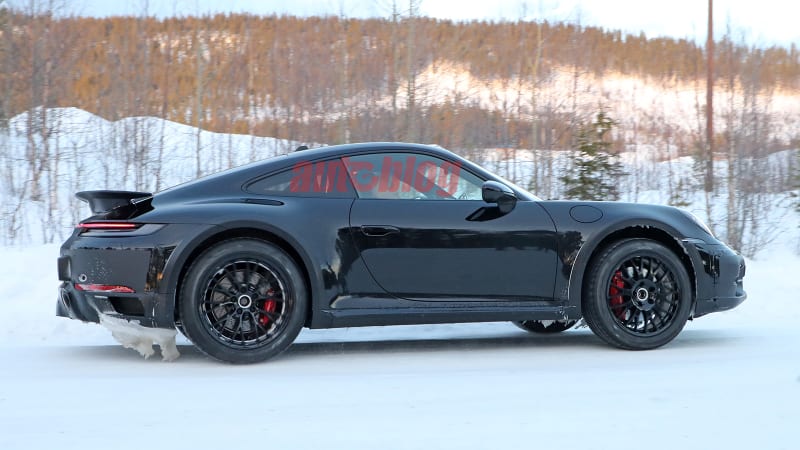 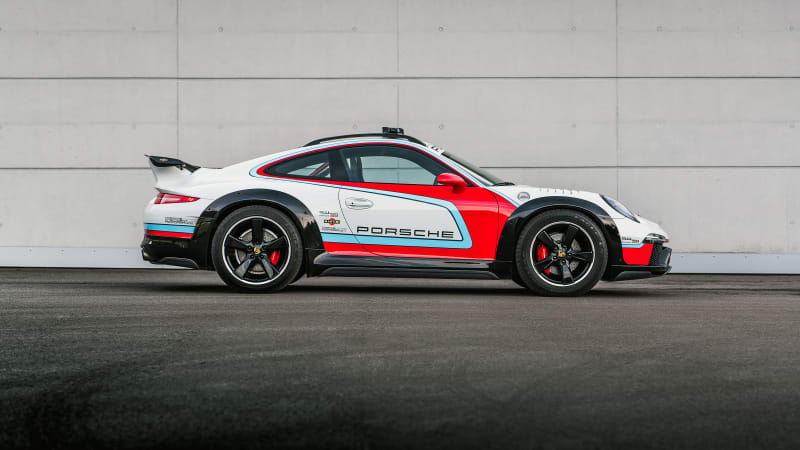 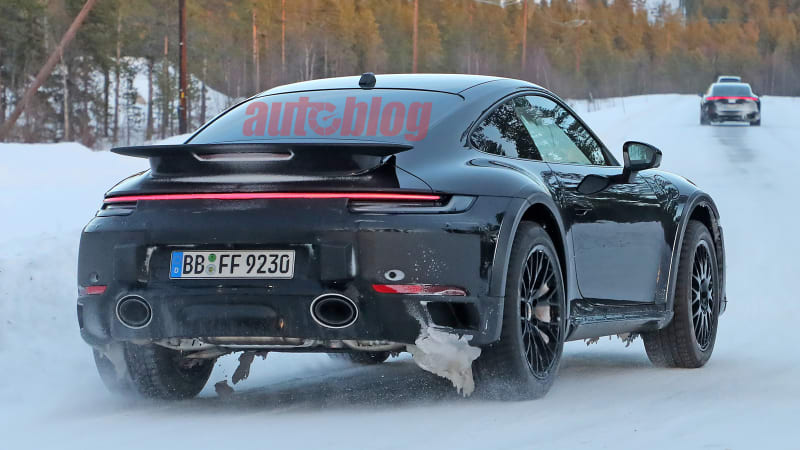 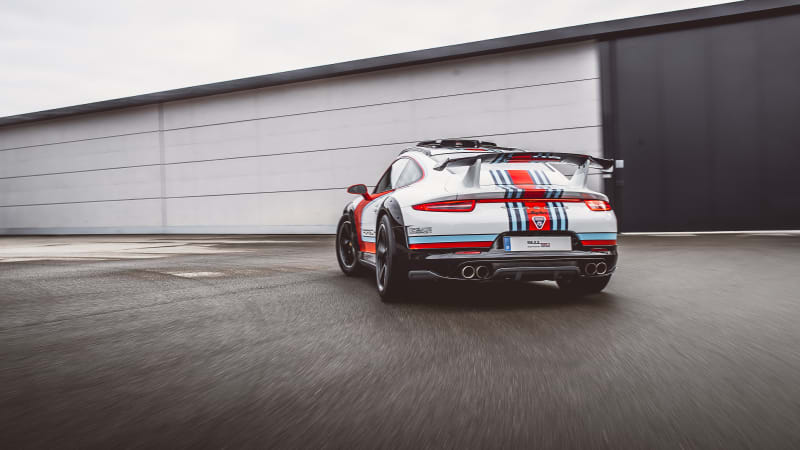 Other departures from the Safari concept include fully molded fenders (rather than bolt-on flares) and a set of mesh wheels instead of the Fuchs style. The concept’s fender-top vents are also absent. If you ask us, the real deal also looks like it has a bit more vertical “heft” to it, likely due to sheetmetal designed for the real world, where aerodynamic performance and drag are inescapable considerations in the design process.

Porsche has been threatening to deliver a lifted 911 based on the Carrera 4 (the basic all-wheel-drive variant, for the uninitiated) for about a decade now. Indeed, when the Vision Safari was shown, Porsche acknowledged that it has been testing such variants in 2012 on the same gravel roads it uses develop the Cayenne and Macan SUVs. Given the apparent completeness of this particular example, we expect to hear something more concrete about Porsche’s plans before the year is out. Stay tuned.