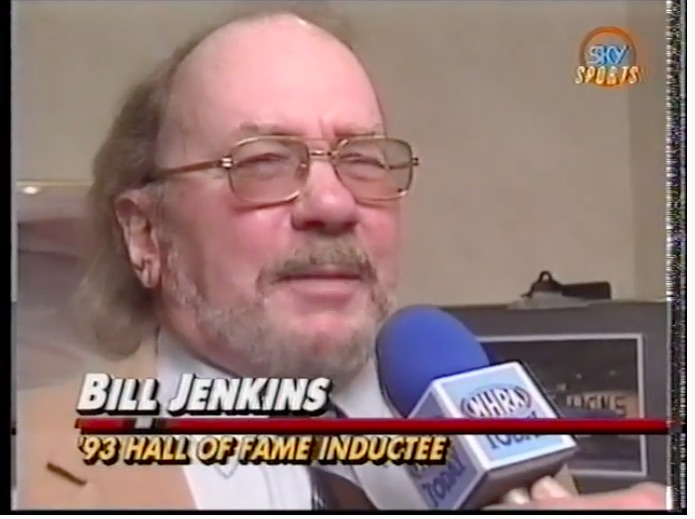 Greatness In ’93: This 1993 NHRA Today From The Drag Racing Hall Of Fame Induction Is Amazing

This is some really amazing video, not because of spectacular action but because of something better…people. The video you are about to see is an NHRA Today episode shot at the Drag Racing Hall of Fame induction ceremony held in 1993. This was an amazing year for people going into the hall. Jungle Jim, Chet Herbert, Doris Herbert, Bruce Crower, Grumpy Jenkins, Joe Pisano, John Bandimere Sr. and the list goes on and on and on. We get to hear their stories and their interviews as well as experience amazing bits and pieces from their varied and awesome careers.

It’s like every part of this thing is handled by a legend. Steve Evans hosting and talking to the people he has worked with, traveled with, and raced with for decades. Dave McClelland doing the voice work for their little vignettes, and the cool old footage is manifold.

This is when the “meat of the order” went into the hall in our estimation and since this 1993 induction was the third such ceremony ever held, there were massive names involved. Some of the people like Joe Pisano had passed away but most of the inductees were still alive and to hear them speaking on camera is not only rare, it is kid of a gift. When is the last time you have heard Grumpy Jenkins sound bites? Yeah, we thought so.

This video and everyone involved in it rules.

Dream Stash Of Model A Parts Uncovered: And Is This The Nicest Model A In Existence?
DO LONG TUBE HEADERS ADD HP? 1 3/4 vs 1 7/8 HEADER TEST. WHAT MAKES MORE POWER ON AN LS?

BangShift.com Making A Giant Vise From A Picture In Popular Mechanics In 1957 | 2022