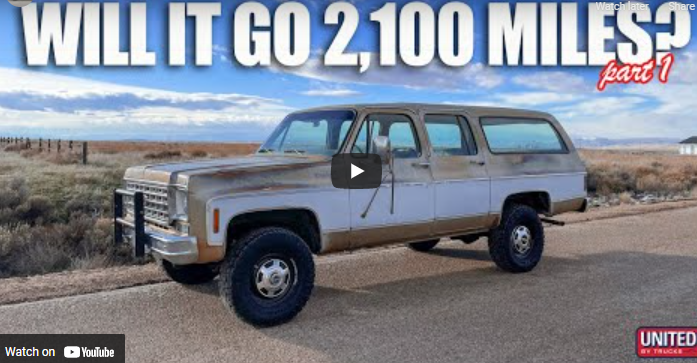 I own some nice cars and a bunch of not nice cars, and if they are running then thoughts on their reliability don’t even cross my mind. If it is running and will drive me around town, then it is running and that means it will drive me around the country. I like the United by Trucks guys, but when they posted this video as the start of a road trip series I was baffled a bit. I mean this 1976 K20 Suburban is super rad and I would own it in 1 second. And if the seller was someone I did not know from Adam, but said it ran and drove then I’d fly to wherever it was, without hesitation, with every belief that it was going to be perfectly fine to drive back home any distance. Does that make me weird? 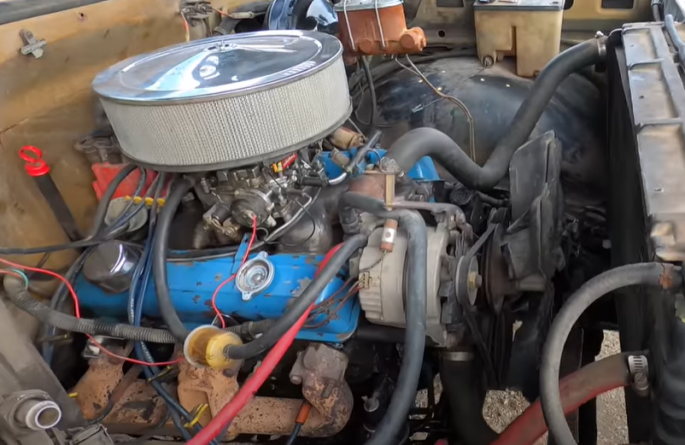 I’m looking at this Suburban thinking it looks mint and when you watch the video you’ll see that their buddy did work to it before they road trip it. And the things he did were things like fixing the oil leaks, hooking up the electric choke, and unhooking the leaking heater core. And shocks, he put shocks on it! LOL  I wouldn’t have touch any of those things except unhooking the heater core. Super easy fix in less than 5 minutes. Just look at the video when they first drove it, without any fixes. It’s mint…ish. Which is mint enough for us!

As you go through the video you’ll see that it got a lot of parts before the trip. In fact, it got everything we would have done to it once it got home and became a daily driver. So, do we really have to ask if it will go 2,100 miles?

But I digress. Is this thing something that, even in the “before” photos, you would have been hesitant to drive?

BangShift.com Collection Of Large and Small Antique Engines Starting Up | 2022