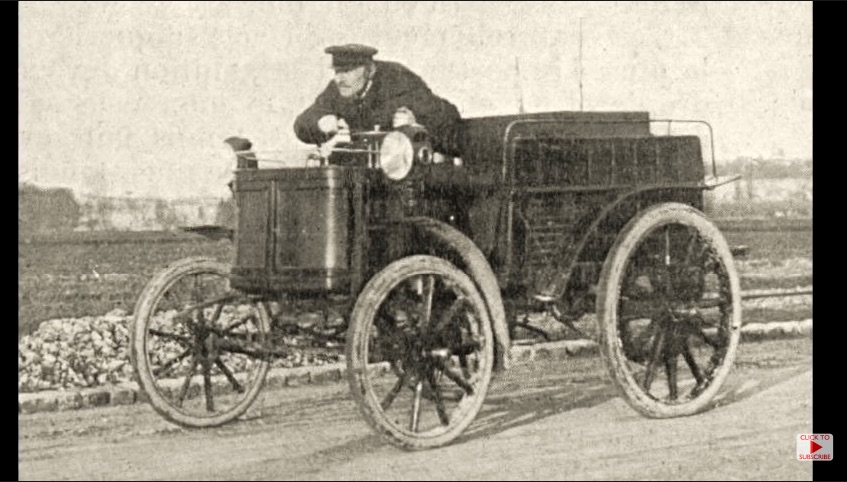 This is really awesome stuff. We think of land speed record stuff in the realm of 200, 300, and 400 miles per hour because that’s the era that we live in. If we take it back about 120 years though, we have to adjust our perspective and take those numbers down to 50, 60, 70, and 80 mph. You likely think that there’s no way anything going 80mph can be interesting but you’d be 100% wrong. These early cars and the men that drove them are fascinating. They were gutsy, often rich, and often completely ignorant of the forces and danger they were facing every time they chuffed off as fast as they could.

The idea that the first land speed records were set on public roads and then on frozen lakes and all kinds of other weird places is kind of fun to consider. The fact that the French were the global leaders in automotive technology at this time is also interesting to consider.

The likes of Henry Ford and others were helped to be launched by their speedy exploits on machines that were the definition of hot rods. Stripped of all but the frame in may cases and packing the largest, most powerful engines that could be engineered and constructed at the time, it was all about horsepower and blasting through the air with a ferocity that no one had ever seen.

This is fascinating history!

Just Awesome: This 6.0L LS Engine Is Destroked With A 4.8 Crank and Uses An 8 To 1 Header To Feed The Turbo!
Give It More Power: The Aston Martin DBX Ditches The V8 For A Twin Turbocharged V12!

BangShift.com Casey Buys A Car He’s Never Seen: I GOT A BIG SURPRISE FROM A CAR I BOUGHT WITHOUT SEEING IT FIRST! SIGHT UNSEEN RAT ROD! NEXT BUILD? | 2022