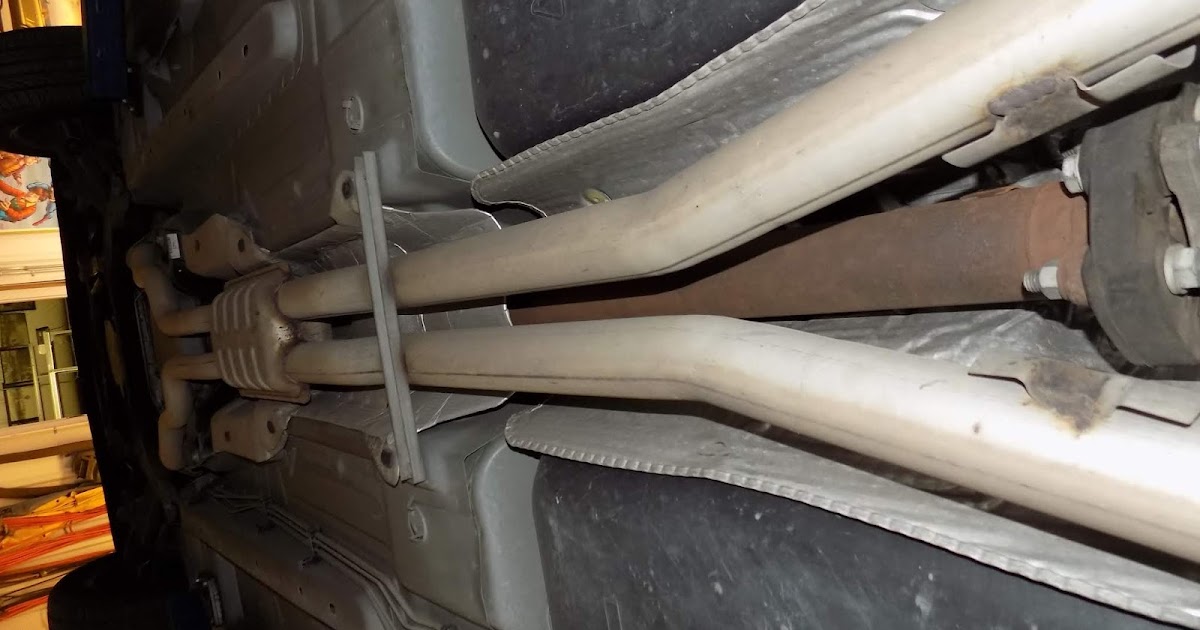 One of my goals in this 4105 project was to use as many of the 2 parts car parts on the 41 Cadillac without buying new parts. I have most of the exhaust systems from the 05 & 07 along with some other left over parts from other projects, including 2 mufflers, to use for this system.
The 05 exhaust (below) was removed as a complete assembly. 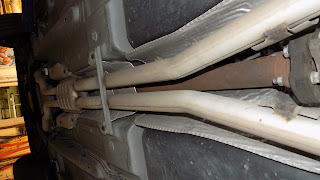 There two of all the 2″ exhaust parts except the tail pipes and mufflers. 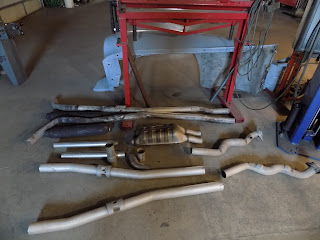 The 05 pipes were held in place as a complete assembly to see where the 41 frame would interfere with it, cut apart for 3 pieces – head pipes, resonator & 2 rear pipes. The head pipes were bolted to the catalytic converters and I chose to use the 05 that has heat shields one both at the transmission the 07 only had one. 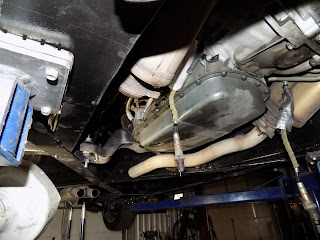 The resonator / collector would not fit in the stock location and had to be moved back behind the X member of the 41 frame. 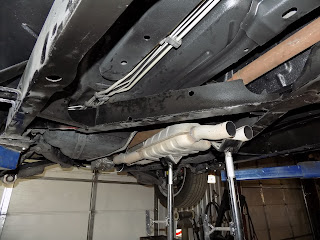 I wanted to keep it away from the U-joint and sinter carrier bearing and was moved to where there enough room at the center of the rear drive shaft, then I used pieces of the 07 straight part of the pipes to extend from the head pipes to the resonator. 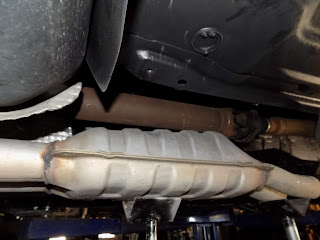 Here you can see the head pipes then the 07 pipes, resonator and last the  rear section of the 07 pipes. 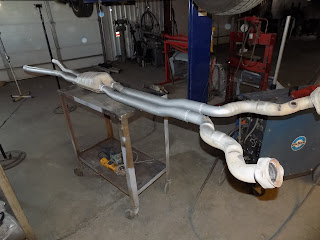 The pieces were tack welded in place as they were fit then removed and welded together. 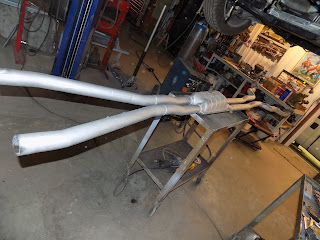 The stock heat shields were used wherever possible. 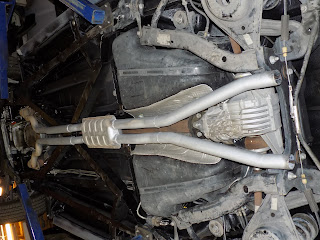 The assembly was bolted back in place then supports installed at the resonator. 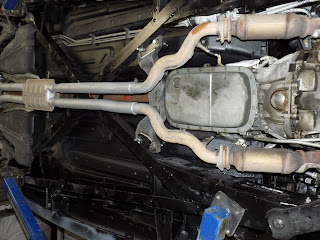 Tail pipes will be installed after the rear bumper is complete and maybe mufflers as the car is not very loud now with the converters and resonator in place. 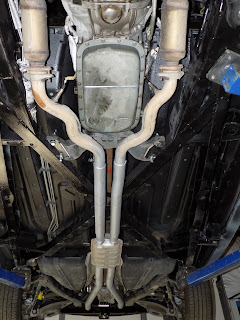 The rear bumper is the next little project on my list, it will be cut down and reshaped to fit the back of the car. 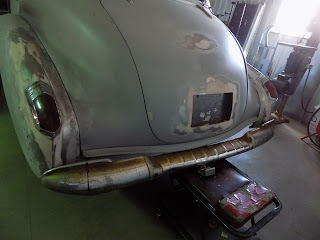