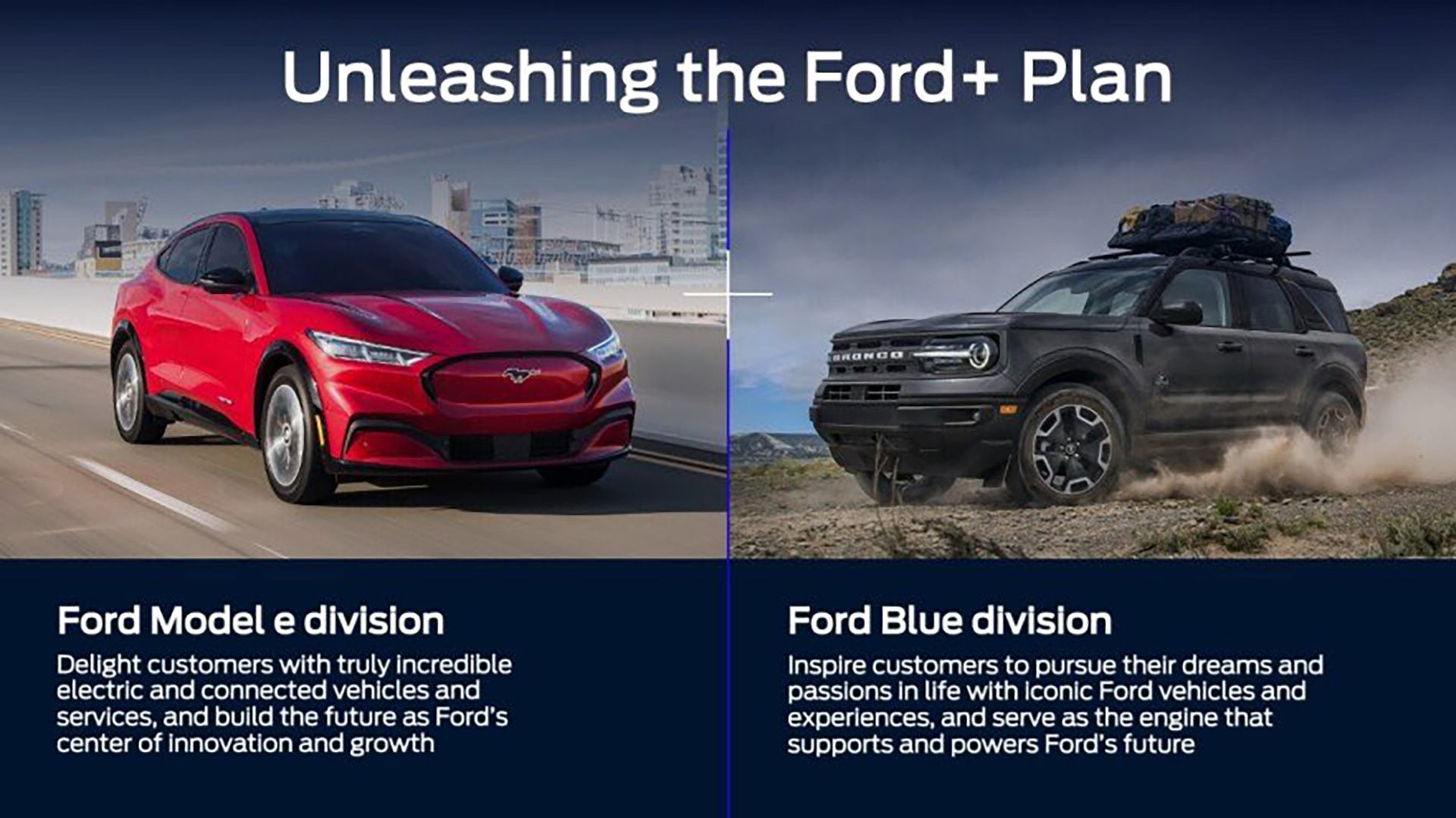 There’s a new Ford in town — two, to be exact. The Dearborn, Mich.-based automaker this morning confirmed recent reports that it would split its electric vehicle and internal combustion operations into two separate business units within the company, with “Ford Model e” heading up EV development and “Ford Blue” driving traditional vehicles.

While the move is primarily a reorganization within Ford and is unlikely to yield things like separate external branding or dealerships, it does represent an aggressive plan to prepare for an electric future. The two units “will be run as distinct businesses, but also support each other,” as well as the new Ford Pro commercial and fleet division, company officials said in a news release.

Veteran executive Kumar Galhotra will serve as president of Ford Blue, while Doug Field, who joined Ford after a career with Apple and Tesla in 2021, whill head up Ford Model e.

“We are going all in, creating separate but complementary businesses that give us start-up speed and unbridled innovation in Ford Model e together with Ford Blue’s industrial know-how, volume and iconic brands like Bronco, that start-ups can only dream about,” CEO Jim Farely said in a statement aimed at newcomers like Tesla, Lucid and more than have in recent years drawn considerably bigger valuations than traditional automakers like Ford as investors bet on the future.

This is a breaking news story and will be updated.