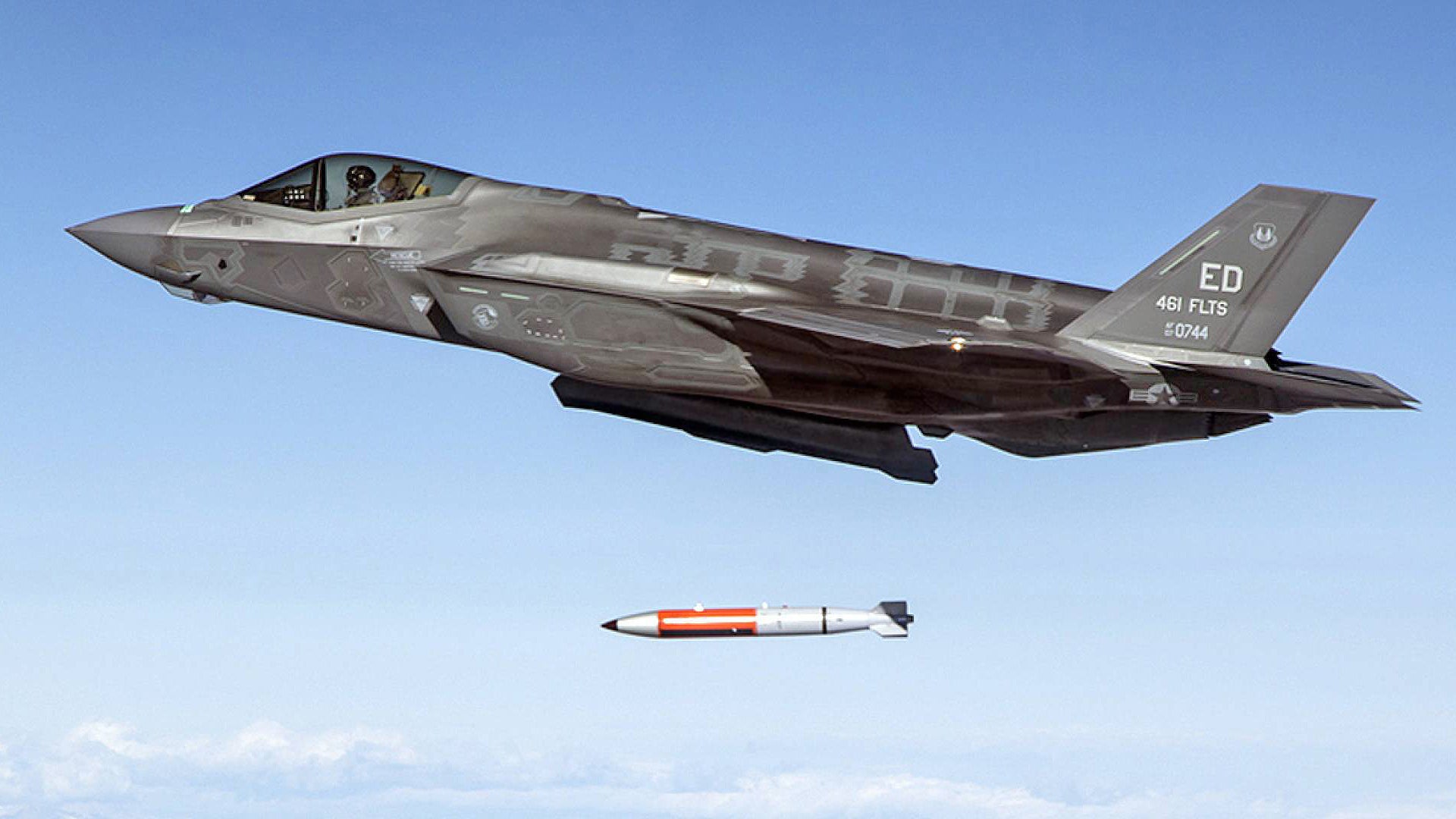 After a seemingly interminable ‘will they, won’t they’ scenario, Germany has finally decided that it will, after all, buy F-35A stealth fighters as it seeks to rearm the Luftwaffe with a new, nuclear-capable warplane. Today’s official announcement puts to end the years of conjecture about how Berlin will choose to go about replacing its aging Tornado IDS swing-wing strike aircraft fleet, during which different combinations of Eurofighter Typhoon, F/A-18E/F Super Hornet, EA-18G Growler, and F-35, had all been on the table at one point or another.

A tweet from the German Ministry of Defense confirmed that, as had been reported by news agencies earlier today, the F-35 would be acquired:

“The decision on the Tornado successor has been made: With the F-35 aircraft type, the task of nuclear sharing will be guaranteed in the future. The goal is to replace the Tornado by 2030.”

The German Minister of Defense Christine Lambrecht added: “The F-35 offers unique potential for cooperation with our NATO allies and other partners in Europe.”

The number of F-35s to be bought and the costs involved were not immediately disclosed by the German Ministry of Defense, but earlier reports put the number of jets at 35. These will meet the German requirement for an aircraft that can deliver U.S.-owned nuclear gravity bombs under a long-standing NATO agreement.

U.S. B61 nuclear gravity bombs are stored at Büchel Air Base in Germany, as well as bases in certain other NATO countries, and American authorities can release the bombs for use by German crews in a crisis. Currently, Luftwaffe Tornados are certified to carry these weapons and tests have been conducted already to support the integration of the newest B61-12 variant onto those aircraft. In the future, the F-35A will also be able to employ the B61-12. The U.S. Air Force has said in the past that the F-35A could start carrying these bombs operationally before the end of this year.

There is, however, some good news for the Eurofighter, which had been a potential challenger to the F-35 in the nuclear strike role. The defense ministry announced that as well as being retained as an integral part of the Luftwaffe alongside the F-35, the Eurofighter also “will be further developed for the electronic combat role.” A total of 15 Eurofighter ECRs will reportedly be acquired.

These additional Eurofighters will provide a successor to the Tornado ECR versions currently used for suppression of enemy air defenses, while it will also help ensure that key technology continues to be developed in Germany and in Europe, which should “secure a strong German role in the future FCAS system” — a reference to the next-generation combat aircraft program being pursued by France, Germany, and Spain.

The reference to FCAS seems, at least in part, to be directed toward France, which had been concerned that Germany buying the F-35 would threaten the chances of fielding a collaborative European next-generation fighter in the 2040s as part of that wider program.

“With the F-35 and the further development of the Eurofighter in electronic combat, the Luftwaffe is very well positioned for the future,” said Lt. Gen. Ingo Gerhartz, the commander of the air force.

The decision to buy the F-35 is the first large-scale arms purchase under the new coalition government under Chancellor Olaf Scholz. Following the Russian invasion of Ukraine, the German leader had pledged to increase defense spending, up to the 2% target as outlined by NATO and which Berlin had consistently failed to meet in the past.

The decision to join the rapidly growing European F-35 operators’ base is also significant, with examples of the stealth jet already being prominent as part of NATO’s forward-deployed presence that has been ramped up in response to the Russian invasion.

Outside of NATO, too, the F-35’s European order book continues to grow, with Switzerland and Poland both having chosen to buy the jets last year.

As long ago as October 2017, a “senior service official” said that the F-35 was the “preferred choice” to replace the Tornados, only months after Luftwaffe had received a classified briefing on the Joint Strike Fighter as part of the plan.

In April 2018, however, German officials apparently asked their American counterparts about whether it would be possible to turn the Eurofighter into a nuclear strike aircraft. At the same time, German lawmakers began to rally around the European fighter, pointing to the importance of retaining military aircraft expertise in Germany and Europe.

A month later, the previous commander of the Luftwaffe, Lt. Gen Karl Müllner, was apparently forced into retirement over his support for the F-35 option, though it’s not clear whether that was over his preference for the jet itself or his public comments on the matter.

By March 2020, it was looking more likely that Germany might indeed opt for a split purchase of Eurofighters and F/A-18E/Fs and EA-18Gs to meet its needs for a Tornado replacement. In this model, the Super Hornet was required for its ability to deliver nuclear weapons, modification to this jet being considered less complex than those that would be required for the Eurofighter.

Despite this, it seems officials still preferred an off-the-shelf fifth-generation fighter, which made it inevitable that the choice eventually fell upon the F-35.

The F-35 is now well established in production and Germany is likely to benefit from the expanding infrastructure to support the jets in Europe. This includes an engine test and maintenance depot in the Netherlands and a final assembly and checkout (FACO) facility in Italy, which is also building jets for the Dutch.

The demand for a Tornado replacement is also clear, especially as these jets have struggled with well-publicized availability issues on more than one occasion in the past. Now, according to plans, the last of the Tornados should be retired by 2030, although it’s currently unclear when the first German F-35s will be delivered or when they will become operationally capable.

Today’s announcements go some way toward replacing the Tornado fleet, addressing the critical nuclear strike and SEAD roles, for a total of 50 jets. However, in the past, Germany has announced it would acquire a total of 85 new aircraft to replace the Tornados. With that in mind, there could well be follow-up orders for more Eurofighters or perhaps even more F-35s to complete that plan.

Overall, the decision to buy the F-35 is a significant one. It demonstrates a new willingness for the German military to spend on modernization and otherwise improve its readiness after years of decline after the end of the Cold War.

That the decision was made while fighting rages in Ukraine is also noteworthy. While the F-35s can undertake a variety of missions, the German Ministry of Defense has expressly stated that they are being acquired primarily for the nuclear strike role. While this could be construed as the Luftwaffe coming to the conclusion that the Eurofighter or Super Hornet are not considered nearly as survivable for this mission, it confirms that Berlin continues to see its nuclear delivery capability as a critical tool in dissuading Russia’s increasingly more aggressive foreign policy in Europe.