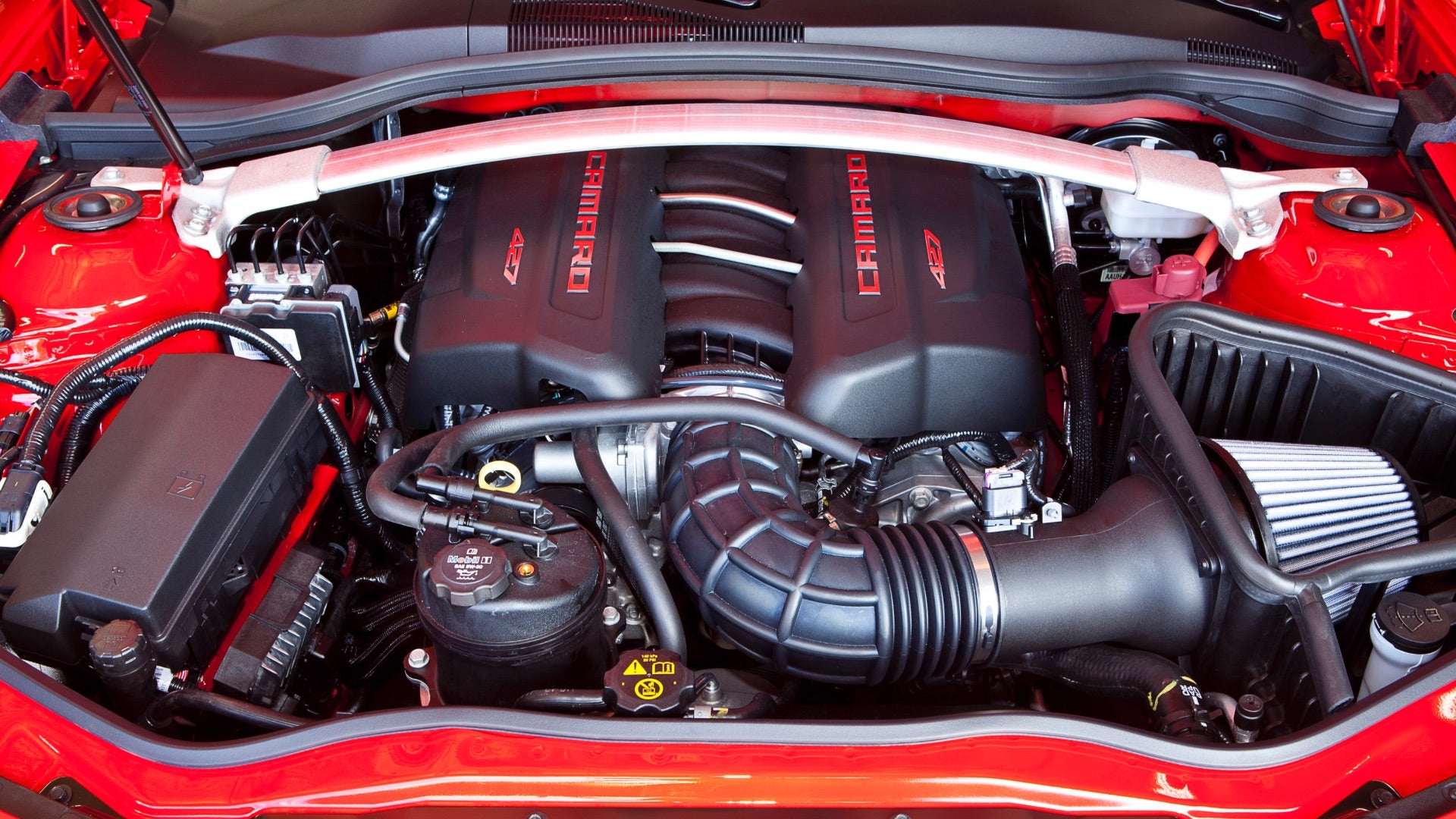 I can’t forget my first experience with the soon-to-be-gone Chevrolet LS7 V8 engine. I was only a few months into this whole “automotive journalism” thing and had gone to a media track day at the Autobahn Country Club in Joliet, Illinois. Among the many cars brought to the track for us to enjoy, err, test and review, was a brand-new Chevrolet Camaro Z/28, and its drip was off the charts.

It had the “Flow Tie,” sticky AF Pirelli P Zero Trofeo Rs, Multimatic’s DSSV shocks, a square stance (because it is hip to be a square), carbon-ceramic brakes, a Tremec six-speed manual transmission, and at the heart of it, that 505-horsepower LS7 V8 engine that screamed to 7,100 rpm. And while everyone was busy stuffing their faces with the free breakfast shrimp, pouring over the then-new Hellcat in a static display, an M3 and Jaguar F-Type R, the latter of which melted my microphone later in the day, I sauntered up to Chevrolet’s PR guy minding the Camaro and asked if I could have the keys on that cool, slightly dewy, autumn morning. Lacking any foresight into giving me the keys, he said yes. And extremely dumb on my part, I replied, “Really?” and then proceed to run toward the car at full speed. Someone probably should’ve tackled me.

The Drive and its partners may earn a commission if you purchase a product through one of our links. Read more.

While there are those that’ll remember the car for its terrible sightlines, or being a Camaro that you could order without a radio or air conditioning, I’ll remember it because there are few things in the last 10 years of me driving and writing about cars that have come close to the Z/28 as an experience. And a large part of that was because of the LS7. Sadly, the crate motor version of that engine is about to be discontinued.

Thankfully, there’s still stock of the LS7 at some of The Drive’s favorite performance spots, including from Summit and Jegs, and you can pick up a host of less expensive used LS7s from eBay, including this one, this one, this one, or this stroker. So if you’ve got a project car in need of one of the all-time greatest V8 engines, pick yourself up one and ensure all are able to still hear the roar of the LS7.

And, if you’re feeling nostalgic for the Camaro Z/28 itself, there’s currently one for sale at Carvana… but you might have to fight me for it.

Thinking back on that day now, I can still hear the start-up. The loppy cams that settle into this sweet burble as the engine warms up. And then, once clear of the track’s pits, the fury unleashed from the LS7 at full bore. Good golly, Miss Molly was it a sound to hear. And because it’s based on the LS platform, there’s no denying the LS7 was birthed in the good ole U.S. of A. with the bass this motor produces. There’s this industrial quality to the engine’s vocals, unlike the GT350’s Voodoo which sounds more European.

For 10 laps, I bounced the Camaro Z/28 off curbs, felt like a proper racing driver—at maybe 1/10th of real racing driver speed—and screamed from corner to corner, letting the LS7 howl as much as I could. I exited the experience changed and desperately in need of a Z/28 in my garage. Hell, I still want a Z/28 even after all these years. And knowing that the LS7 is now going the way of the Z/28 itself, I’m sad but grateful I was able to experience it. Even for just a few short laps. Get it while you can.

More from The Drive’s Guides & Gear Team on Engines