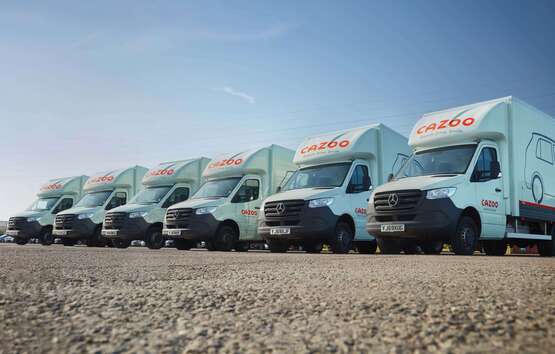 A share price slump has seen the value of online car retailer Cazoo halve since its August listing on the New York Stock Exchange.

The automotive retail disruptor – profiled by AM back in 2020 – initially floated for $7 billion four months ago, with a launch price of $10, but the value of the business has now slumped to $3.12bn (£2.3bn) after shares declined to a trading price of $4.15.

Founder Alex Chesterman is understood to believe that the downward movement is in-line with other businesses inhabiting the online car retail space alongside Cazoo.

In a report published yesterday (January 23) The Sunday Times highlighted the impact of Cazoo’s recent performance on shareholders in Daily Mail & General Trust (DMGT), however.

It reported that a complex £2.8bn takeover which saw DMGT de-listed earlier this month in an arrangement part-funded by Cazoo shares had suffered a £565m hit to its value due to the share price dip.

The Sunday Times said that £980m of the DMGT takeover had been funded using Cazoo shares, which had since slumped in value – leaving them worth just £415.7m.

Last month the business vowed to grow its car inventory in Europe after officially launching its online car retail offering in France and Germany.

After succesfully bringing its car perparation services in house in 2021 – after initially relying on a relationship with BCA – Cazoo has also struck up a vehicle disposal agreement with Ogilvie Fleet, gaining access to more than 18,000 vehicles at the end of contract.

Tesla to move into former Porsche showroom in Dorset | 2022