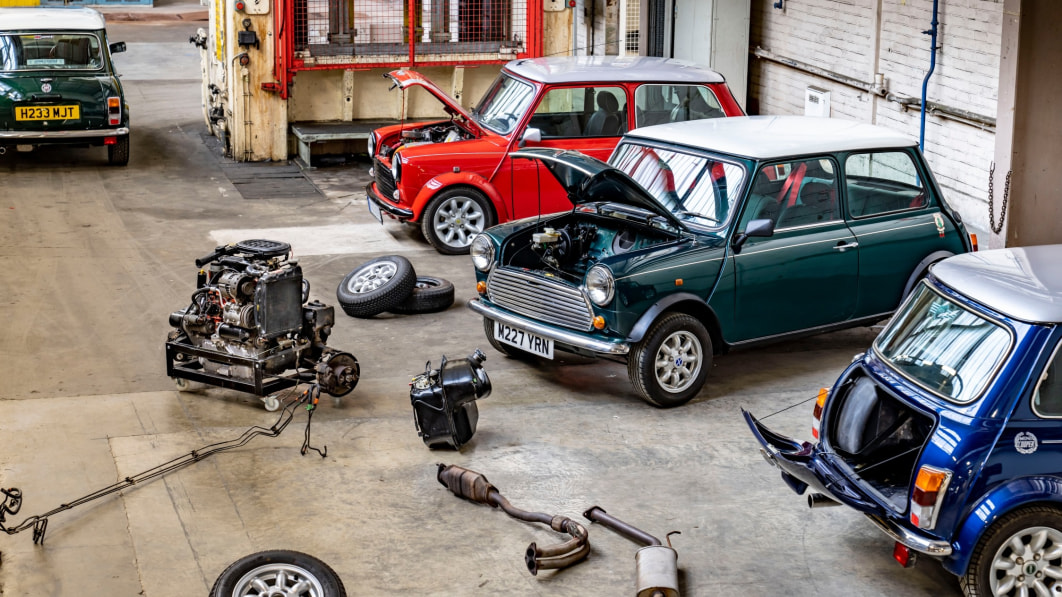 Mini unveiled an electric version of one of its classic models at the 2018 New York Auto Show. While the project was billed as a one-off at the time, the BMW-owned company announced it will begin making the conversion available to customers through a program called Recharged.

Details about what’s involved in the build are few and far between, beyond the obvious: The engine and transmission (which form one unit on these cars), the exhaust system, and the fuel tank are removed to make space for an electric motor, a battery pack, and the required electronics. The drivetrain is rated at 120 horsepower, which is nearly twice the 63-horse output of the final Mini models built in 2000, but the battery seemingly adds a tremendous amount of weight because performance isn’t as impressive as you might think. Mini pegs the 0-to-60-mph time at 9 seconds (around 5 seconds less than a 2000 car), and it quotes 100 miles of range — 14 less than the Cooper SE.

Several subtle visual details set the Recharged apart from a regular Mini. Look closely and you’ll spot the Cooper SE‘s logo on the hood, on the trunk lid, and on the center caps. Some of the cars pictured in Mini’s gallery also feature this logo on the quarter panels. Inside, there’s a new-look analog instrument cluster, which — to Mini’s credit — keeps a relatively period-correct design. It includes a speedometer, a temperature gauge, a range gauge, and a gauge that tells drivers which gear they’re in. Speaking of, there’s no longer a need for owners to argue about the merits of “magic wand,” remote-shift, and rod-change gearboxes: The Recharged is exclusively offered with an automatic.

Luckily, Mini isn’t completely discarding its heritage. It stresses that all of the changes made during the EV conversion are reversible, and that the drivetrain that’s removed from the car is labeled and stored in case the owner chooses to make the car original again.

Pricing for the conversion hasn’t been announced yet.