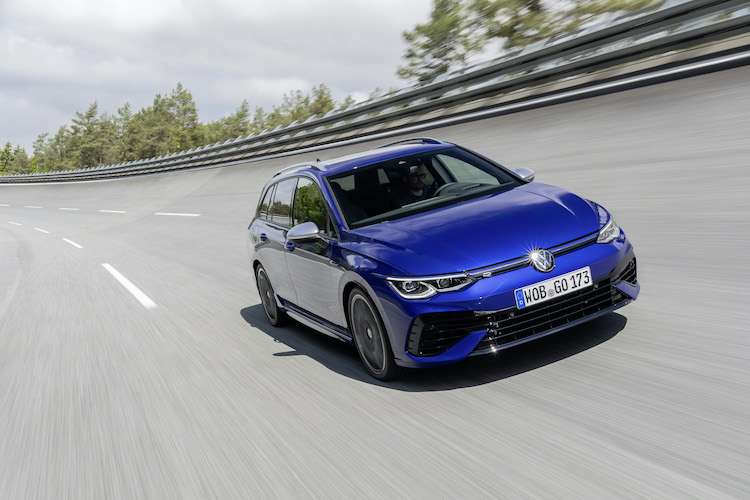 Volkswagen Group Australia says it has received more than 7000 expressions of interest for the Mark 8 Golf R hatchback and wagon and dealers have taken in excess of 1000 deposits.

It has done this because the semi-conductor shortage has made the high-end sound system temporarily unavailable and would therefore effectively freeze vehicle production by several months.

While Golf Rs allocated to the Australian market have already been produced with the Harman Kardon unit, and will be again after the present hiatus, VGA has reduced the recommended retail price of the Golf R hatchback and Wagon by $1000 by making this sound system one of only two Golf R options.

“Initially both versions of the Golf R will be offered at the revised RRP without Harmon Kardon, and with this sound system at $66,990 for the hatchback and $69,990 for the Wagon. This and the choice of a sunroof are the only two options on the Mark 8 Golf R,” Szaniecki says.

Both the R hatchback and the R Wagon feature an array of technology new to the Mark 8 Golf including the IQ Drive active and passive safety package, in addition to the new R range features torque vectoring, drift mode and R driving profiles.

The Golf R hatchback runs a 235kW/400Nm 2.0 litre turbo petrol engine that powers a newly enhanced version of Volkswagen’s 4Motion all-wheel-drive via a seven speed DSG transmission. This can propel the hatchback from standing to 100kh/h in 4.8 seconds.

The Golf R Wagon runs the 235kW/420Nm version of the engine through the same drivetrain for a 4.9 second acceleration time.

Aussies are changing their attitudes towards car ownership | 2022

Aptera solar EV for Australia from next year? | 2022