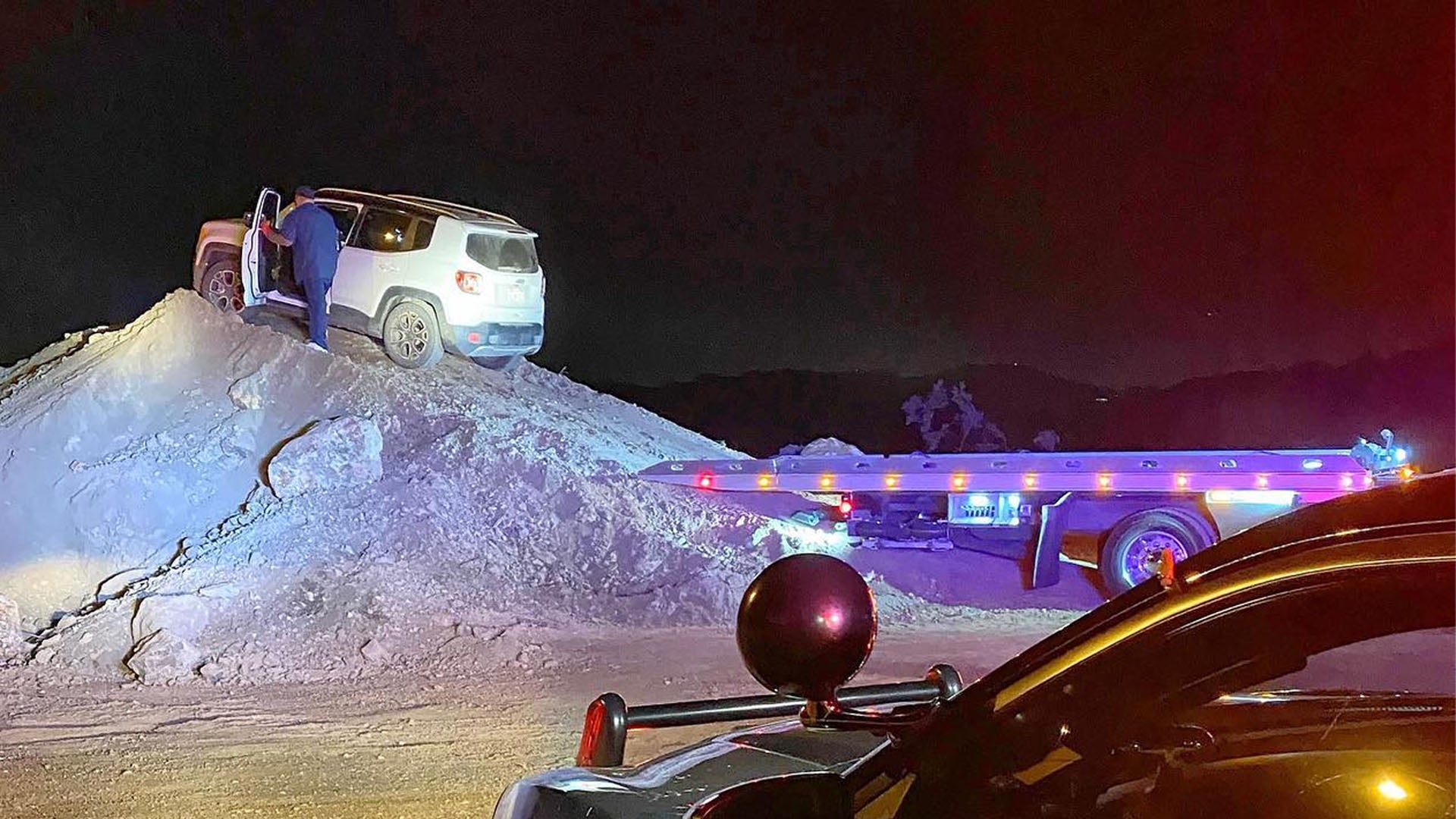 A Jeep driver recently found himself in trouble after attempting to climb a large dirt mound in his front-wheel-drive Renegade, the California Highway Patrol reported on social media. The driver of the car reportedly crested the hill with a passenger in an attempt to “get a good view while they ate their McDonalds,” the CHP confirmed in a statement to The Drive. The Jeep then got stuck on the mound once it reached the top and had to be towed off the dirt by a rollback truck. “Jeep bros turned into stuck bros,” the CHP joked.

It all happened earlier this week around midnight in the Santa Monica Mountains above Malibu. The officers who responded did not ticket the driver for the incident but instead had a “heart to heart about choices” with the two young men before calling a tow truck to get them off the hill. The Jeep in question, a Renegade, shares its platform with several vehicles from Fiat, and importantly, all-wheel drive is an option. Speaking to The Drive, the CHP confirmed the Jeep in question was indeed two-wheel-drive only, which explains a lot.

The CHP says officers found the stuck Jeep while out on a regular patrol in the area; the driver did not contact them. On Facebook, the police noted that officers returned to the mound later, and confirmed the dirt in question was especially soft. Police implied the compact Jeep was mechanically unharmed by the incident, saying that it only needed to be towed off of the mound itself, and not all the way home.

Thankfully, then, this off-road excursion was mostly harmless. Take the lesson from these two dudes, though; don’t attempt any ambitious off-road shenanigans in your FWD Renegade unless there’s somebody with a winch—or an all-wheel-drive Renegade—nearby.

Got a tip or question for the author? You can reach them here: [email protected]