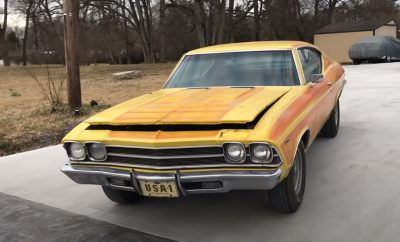 If you spend a good chunk of your time tracking down a rare barn find muscle cars, you’re bound to stumble across a royal gem from time to time. In this case, Patrick Glenn Nichols, who specializes in finding the rarest of the rare, has found possibly one of the rarest 1969 Chevrolet Chevelles around.

Mr. Nichols was first made aware of the car’s existence after receiving an email from the owner in Virginia. The car was then purchased and taken to Clarksville for further examination. But, what makes this particular Chevelle so rare?

Starting with the paint code 76 Daytona Yellow, only 2,184 examples were made in this color. This being one of only 400 made in 1969 and attached to an SS396 Chevelle. The car also houses a L78/L89 396 V8 engine, with upgraded L89 aluminum cylinder heads, an original M21 Muncie 4-speed transmission, and an original KK code 4.10 positraction rear axle. At this point, this could be the only two-door Malibu sports coupe in Daytona yellow with a L78/L89. The car also comes with its original bill of sale and protect o plate. The Chevelle was built at the Atlanta assembly plant, in the 4th week of October, with quite a few options according to the original sales sheet. 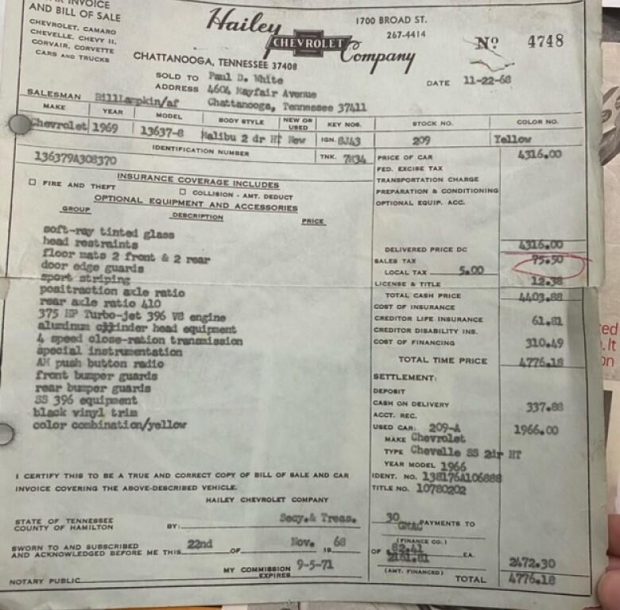 What is quite surprising is the original owner added the burnt orange/fish scales paint job(yes, this did look cool in 1969…) along with most of the identifying Chevelle emblems removed. Otherwise, everything else looks mostly original. 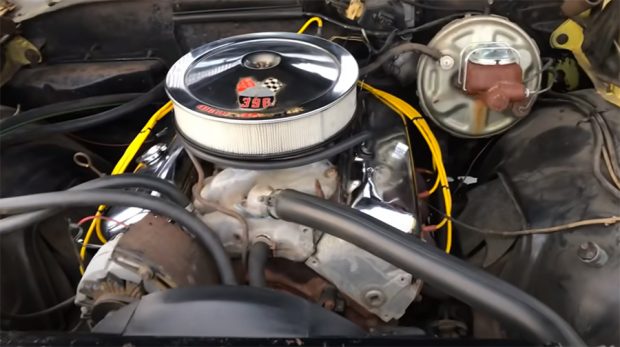 The car is also in surprisingly very good condition. At the start of the video, the engine bay is shown to be devoid of rust and even has the original 779 radiator fan as fitted to late ’68-69 Chevelles. The original sunflower American racing wheels are in place and are as solid as the rest of the bodywork. The interior is also in great shape, with the original Hurst shifter, and tachometers showing 38,000 original miles.

Right at the end of the video, we are treated to an engine start-up, just to show the thing can run. That boys and girls is the sound of the late 1960s. A sound you can feel as much as you can hear.