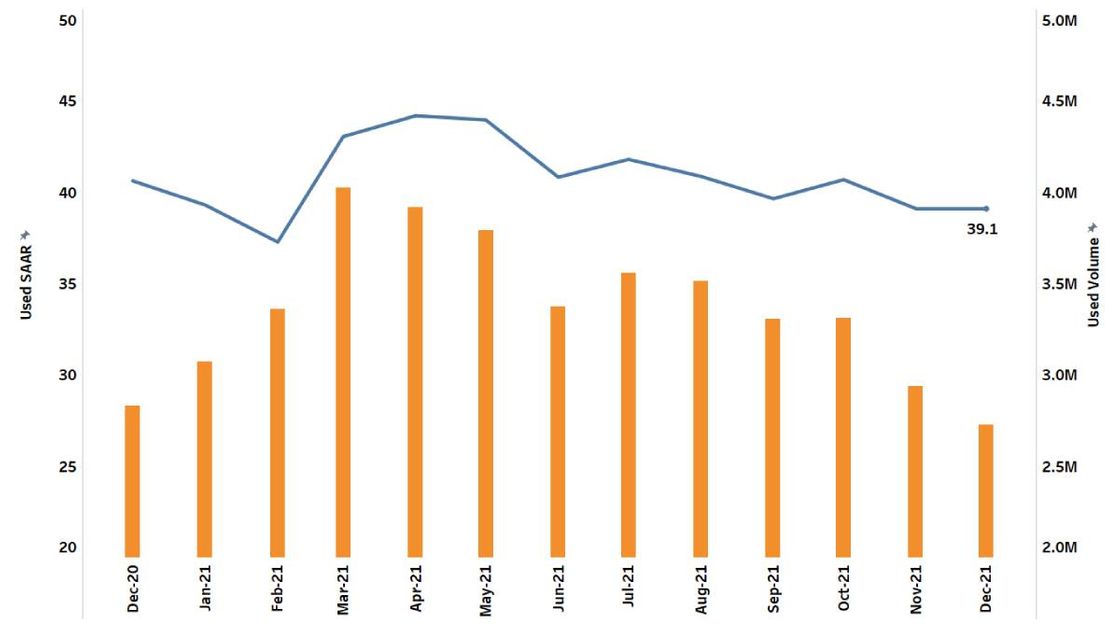 “Our used-vehicle sales estimates show slowing sales to end 2021,” said Kayla Reynolds, manager of economic and industry insights, Cox Automotive, in a news release. “Despite being inventory constrained, the used-vehicle market has been playing a key role in the recovery of the automotive industry.”

Retail used-vehicle sales — vehicles sold via a dealership, thus removing private party sales — were down 5% year over year. The December used retail SAAR estimate is 20.4 million, down from 21.6 million last year and flat month over month.

Toyota GR Corolla Could Be Here in October, According To Leaked Dealer Docs

Come Talk With the Staff About Hacking Your Cars, Snowstorms, and More